Snow tyres are back in stock at Car Tyre World 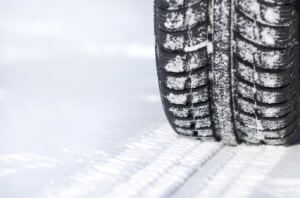 We have just received an order for part worn and new snow tyres in our North East garage.

Over the years we have had people desperate for getting hold of snow tyres throughout the North East, having issues getting out their streets and to work.

We have ordered big amounts of snow tyres in stock, but even in previous years without snow, we had people ordering from as far as Scotland.

We do offer a snow tyres delivery service for our customers outside the North East region for a small charge.

Although snow tyres otherwise known as Winter tyres are not mandatory in this country.

The last two winters have seen very cold spells in the UK. Snow tyres over the past few years could have being very beneficial to people throughout the winter period.

When should you have snow tyres fitted?

Ideally they need to be fitted before bad weather strikes. In European countries where the use of snow tyres is mandatory in the winter,  most people have them fitted around October and removed again around March time. In the UK we would recommend fitting them before the bad weather sets in. In the spring when it looks like the cold spell has past you can remove them again.

If you live in a remote area or don’t want to get cut off. Then it is best to ensure you get your snow tyres on your car early in the season.

Once the bad weather arrives, you certainly could have issues getting the tyres as retailers dont have a never ending supply.

Although we pre order our tyres and have to guess how many we will need for the season. As the weather gets colder they are genuinely harder for garages to get a hold of for their customers.

What do winter tyres do?

Snow tyres are good at gripping cold and damp roads, below around  7C.

Winter tyres are designed to cope with difficult conditions such as snow and ice. Industry experts say they work better than regular tyres in temperatures less than seven degrees, by reducing stopping distances.

The snow tyres have a different compound and tread pattern to regular tyres, this gives them extra grip.

Should i order my snow tyres now?

The simple answer is yes, last year many dealers sold out by December, people did not want to get caught out again like the previous two years.

How do i order my winter tyres?

You can order them through ourselves and have them delivered for a small charge. Alternatively you can come to our garage in Tudhoe, Durham and we will supply and fit them for you.